It took a while, but after more and more speed equipment was made available to make Ford’s Flathead V8 engine go faster, it became the predominant engine of choice for a lot of hot rodders.

Having a hopped-up Model A engine, you were still slower than a virtually stock flathead V8 engine, even if you had an overhead valve conversion and all the other odds and ends that were available in the four banger world. If you had one of the better OHV conversion, maybe a four-port from Riley, Fargo or Rutherford, your four cylinder engine produced about 100 hp or more. Raising this even higher, durability problems started setting in. The flathead V8 could be made to produce as much if not more power with a lot more reliabilty than any four banger could. 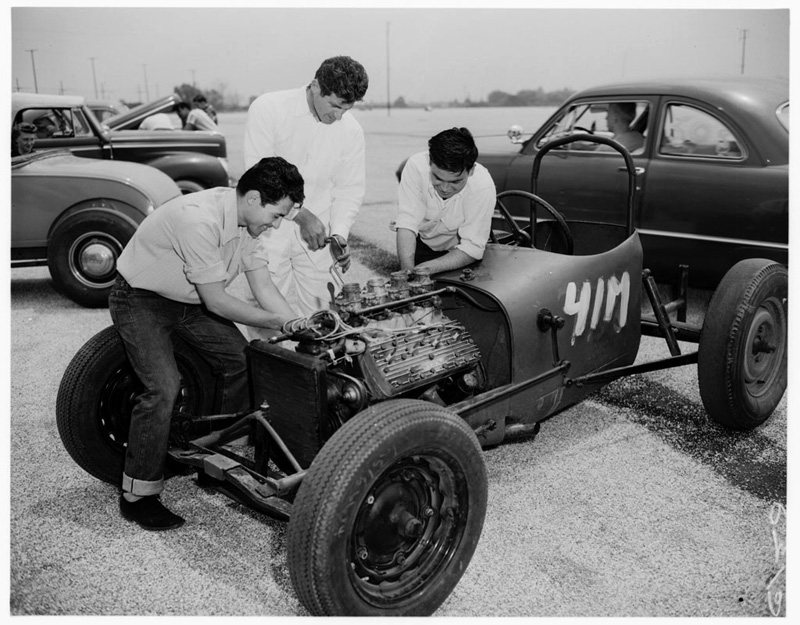 Speed equipment for Model T Fords was available since the 1920s, Model A four cylinder stuff since about 1928 but very little was available for the flathead V8 until about 1939. By then, Eddie Meyer, Jack Henry and Tommy Thickstun were offering dual manifolds, Pierre “Pete” Bertrans was selling reground camshafts, Tom Spalding was making dual coil ignitions (by taking the Lincoln Zephyr coils and putting them onto a Ford distributor), and Eddie Meyer started casting high-compression aluminum heads. During the same time, Vic Edelbrock built his first dual intake manifold (the now famous “slingshot” intake) and by 1941, dual intake manifolds were also available from Phil Weiand, Mal Ord and Dave Burns.

The flathead engines had two big problems that had to be taken care of: Poor breathing, caused by the basic flathead engine design, and overheating caused by the exhaust passages through the water jackets. It took time, but hot rodders managed to minimize if not completely eliminate both problems. The Ford and Mercury flathead V8 engines were not state-of-the-art production engines and were already old-fashioned technique already by the late 1940s when OHV engines started coming out. Still, a properly and meticulously set up flathead engine was a great racing engine, particularly for the money spent.

Read more stories about the history of hot rodding. 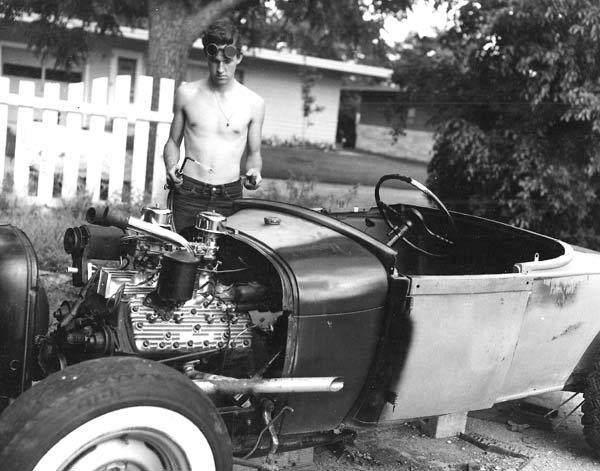