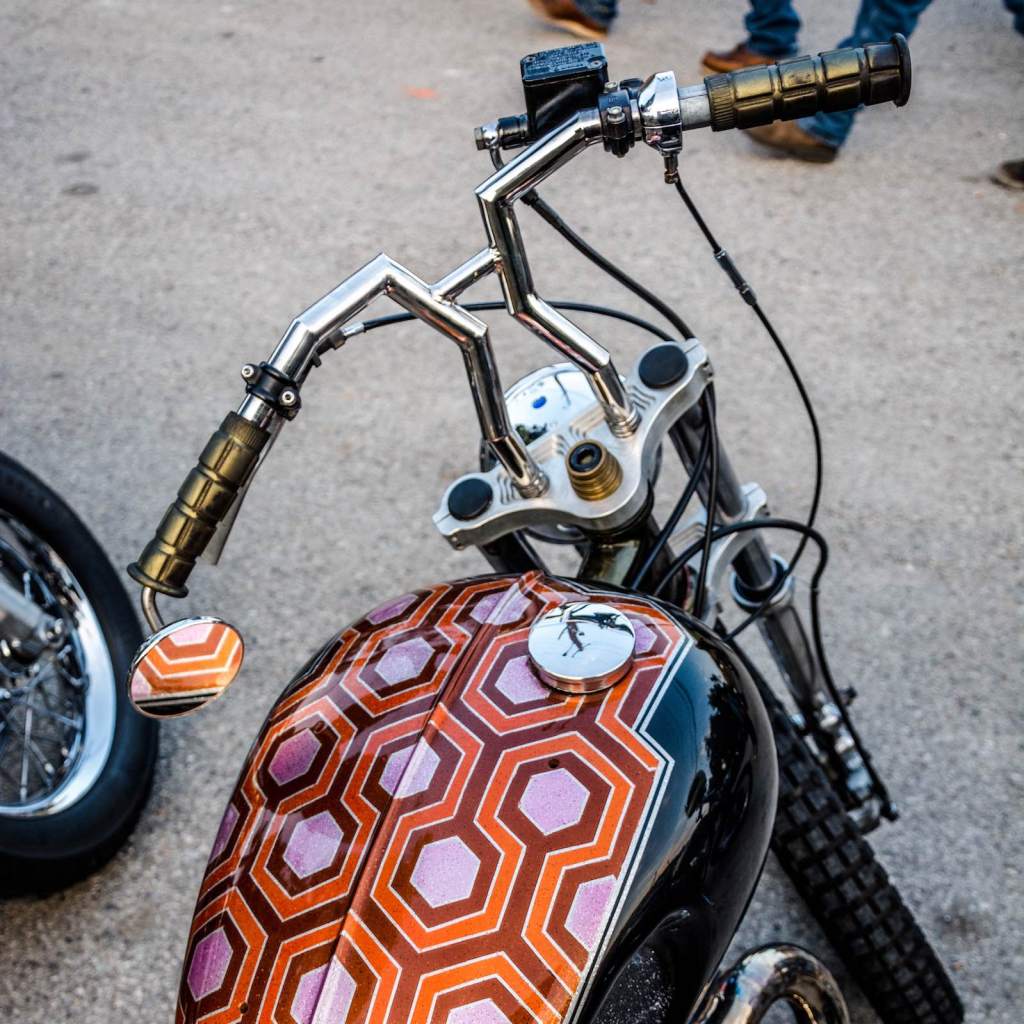 Every year on Friday night before Born Free, the finalists of Show Class Magazine’s People Champ competition bring their bikes to one of the most iconic biker locations in Southern California to have it judged by the people present: Cook’s Corner in Trabuco Canyon, just a few miles from where Born Free happens.

Cook’s Corner is located at the juncture of Santiago Canyon and Live Oak Canyon roads. It was named after Andrew Jackson Cook, who owned the original land the bar is on back in 1884. In 1926, his son converted the cabin that stood there for so long into a restaurant for miners and local ranchers. 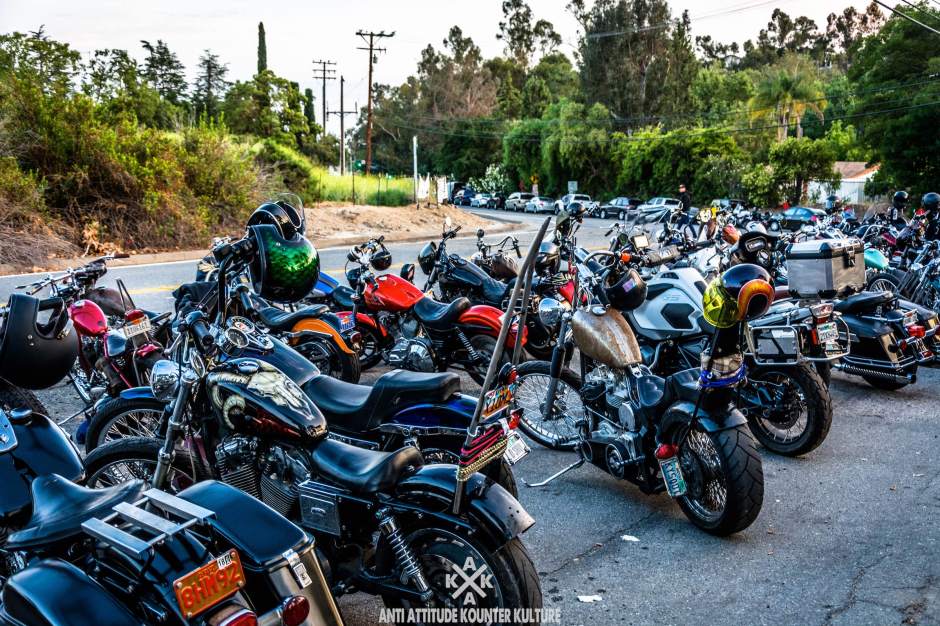 After prohibition had ended in 1933, Cook’s Corner became mostly a bar. In 1970 the place was purchaed by a guy in the motorcycle accessory industry and started to become what it still is today: An old-fashioned roadhouse and probably the most well known biker bar in Southern California. 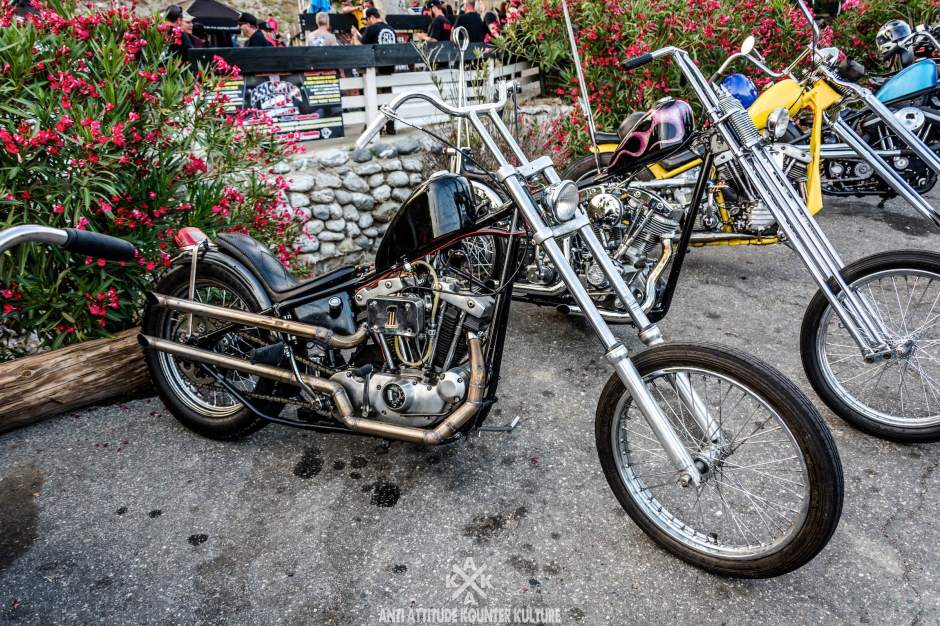 The concept behind Show Class Magazine’s People Champ is quite simple: Builders don’t have to be famous at all, they just have to build something people like. The magazine picks out a number of competitors to start with and after some internet voting, six finalists are allowed to roll their bikes to Cook’s Corner and have the people there voting. 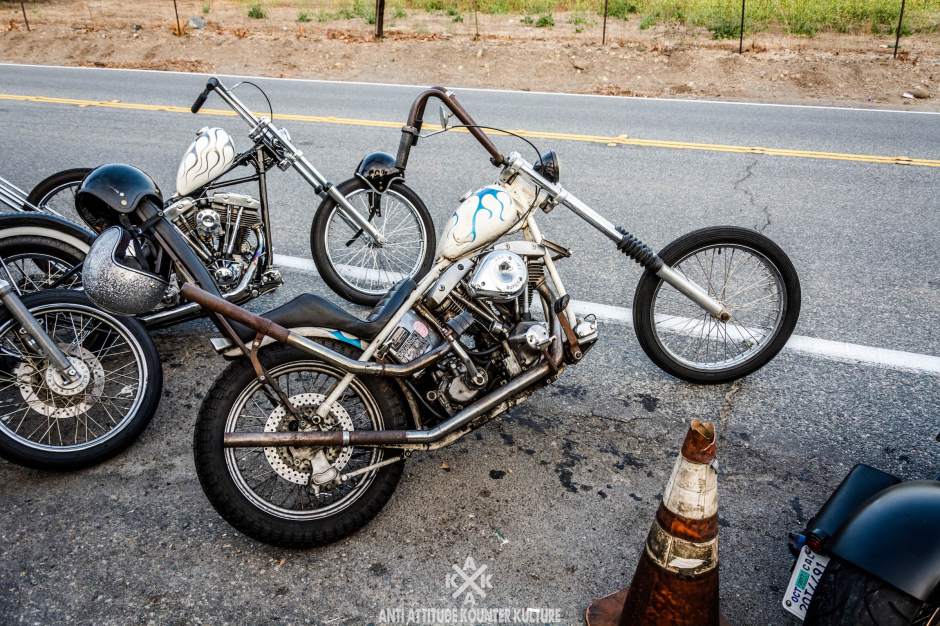 There were some truly fantastic bikes on display, lots of hard work and good ideas involved in those build. In the end, Christian Newman won the prize and was honored to have his bike presented in the Invited Builder’s section at the Born Free Show. 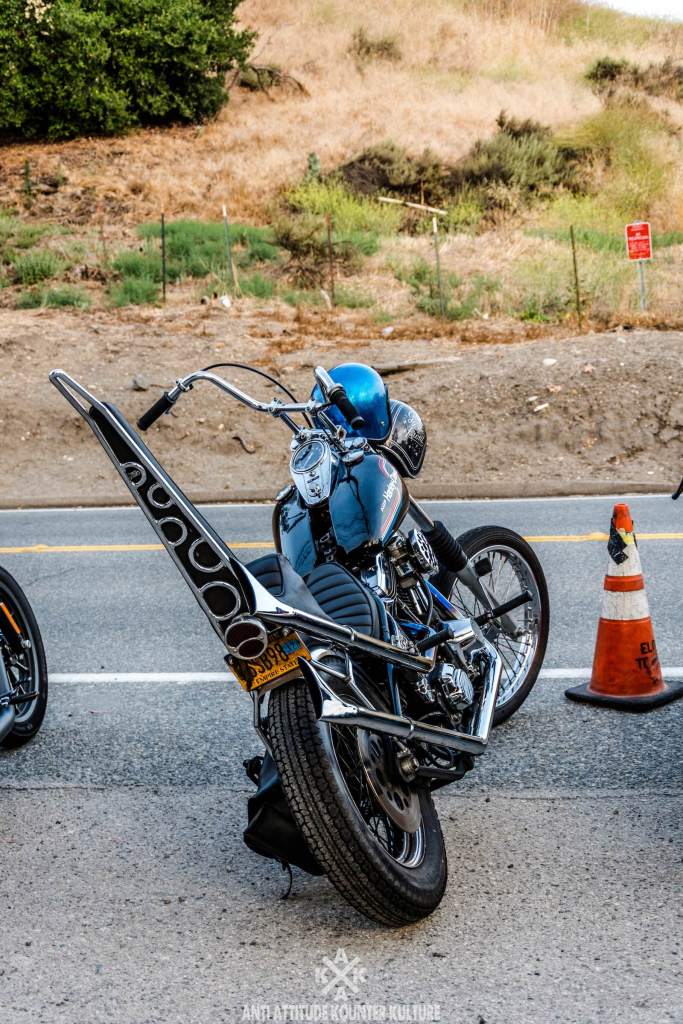 Find out more about the Born Free Motorcycle Show. 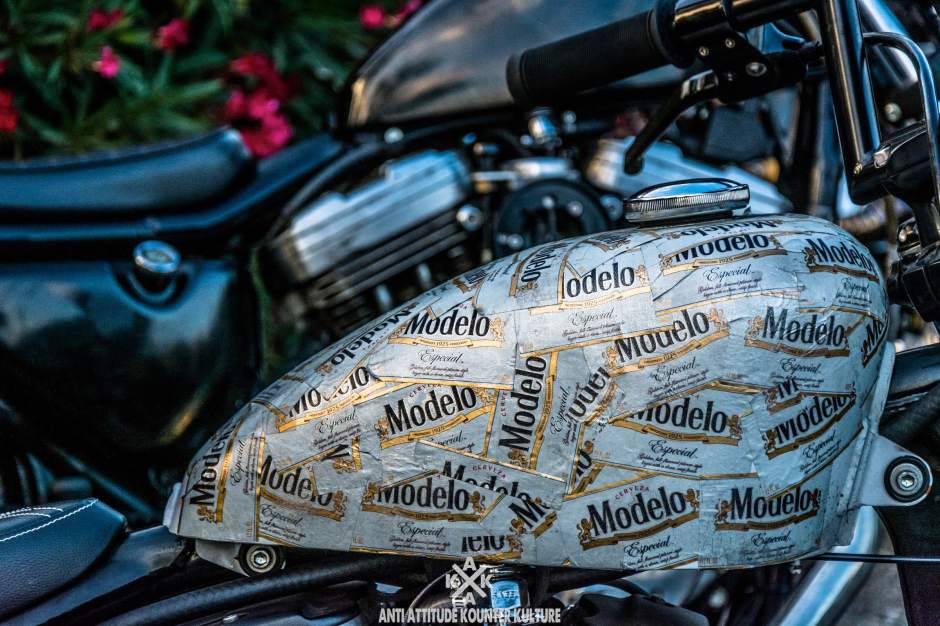 There’s so many other things going on as well at the Cook’s Corner pre party: There are bands playing, lots of good food around and there’s a general good vibe around. With bikes rolling in and out (some times with wheelies or surfing on fuel tanks) there’s always something so see when walking around the place. 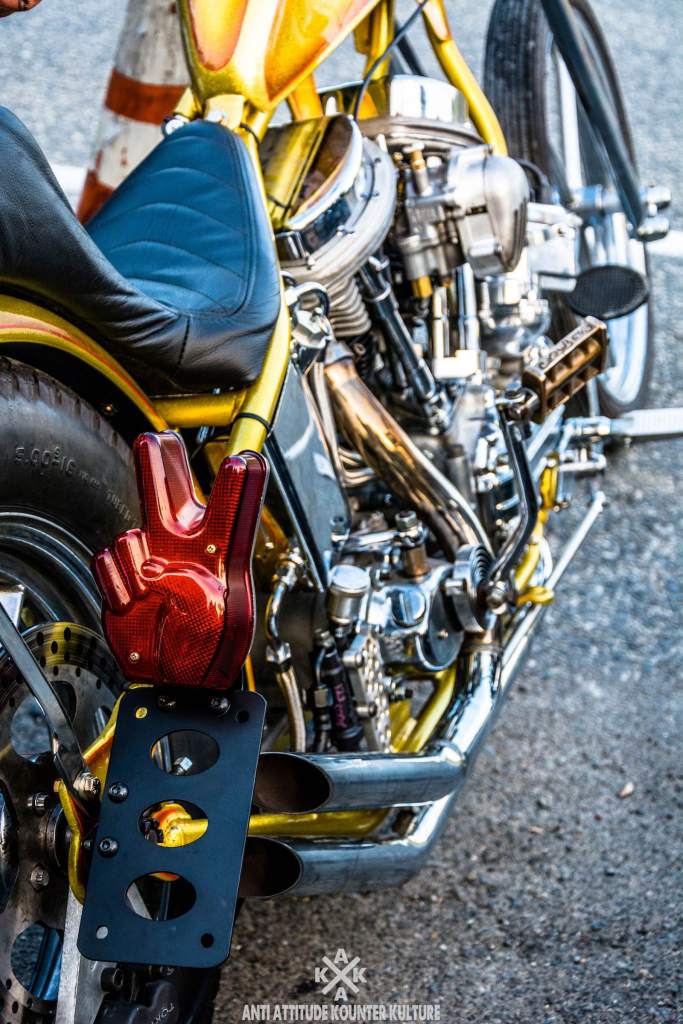 And in the end, it’s just a big party with good people hanging out, drinking beers and having a good time. With all sorts of bikes, there’s also all sorts of people: From the young chopper hipsters to the old guys who have been riding for decades and everything in between. 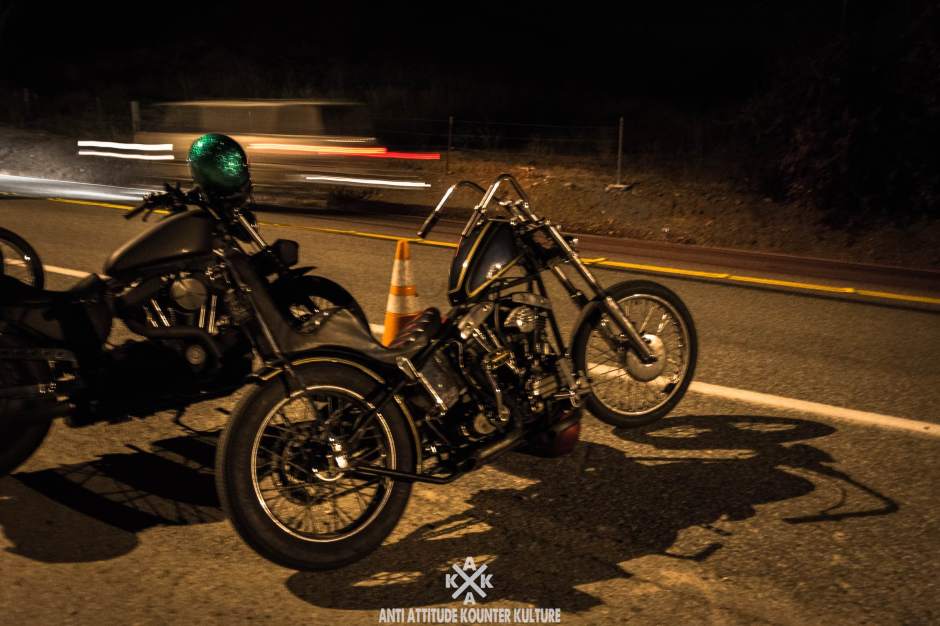 Just sitting down and listening to some of those people makes it an evening worth while: Everybody’s stories about how they got to Born Free this year, be it an epic road trip on a motorcycle or flying around half of the earth just to get there makes time flying by. You find yourself literally in the epicenter of this whole chopper thing that is going strong all around the world surrounding yourself with some of the people that started it, made it big and also who keep it going on. 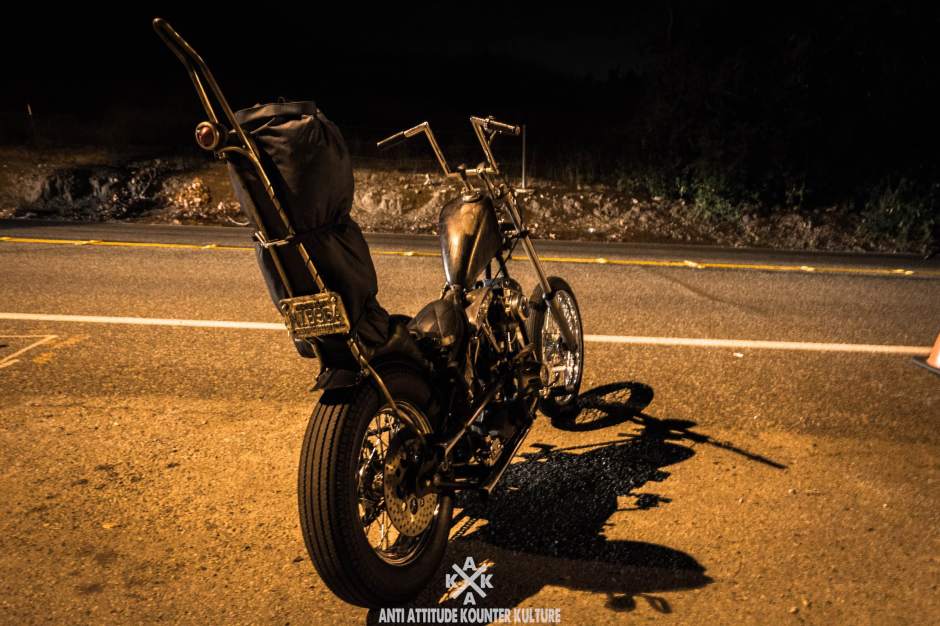 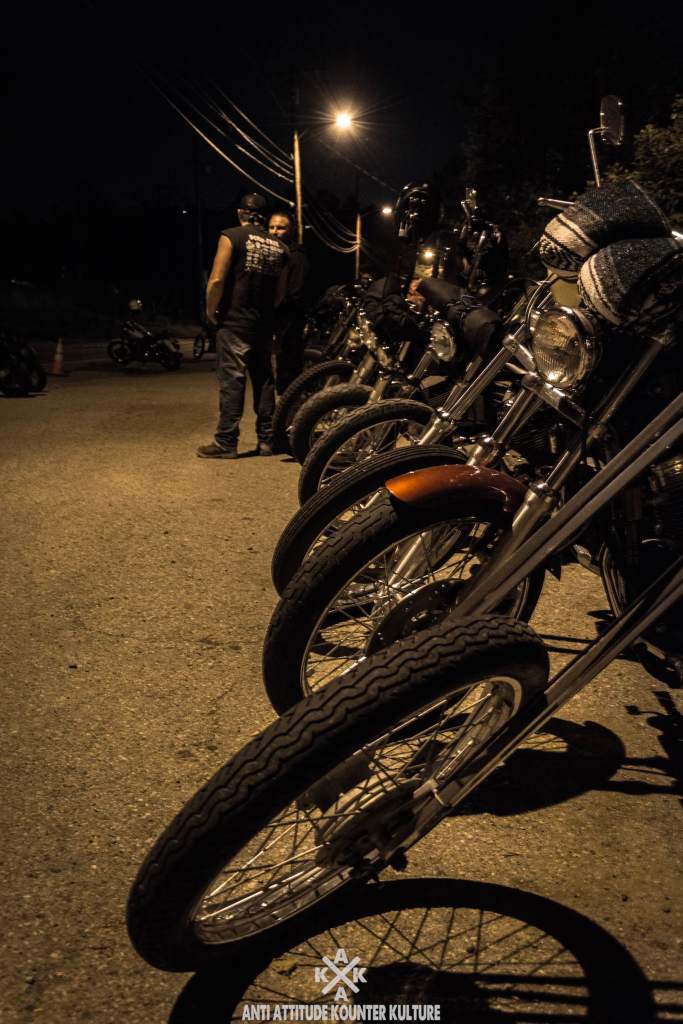