You probably heard people talking about Hot Rods, you envisioned cars both beautiful and extremely fast but then you fell victim to someone other’s conception and had to look at this ugly piece of shit made of plastic, with flames to make it look hot and with air conditioning to make it cool on the inside. If you’re into real Hot Rods, this is for you.

You think a Hot Rod is the most fundamental version of an automobile, a fast and reduced piece of art not only looking good but also fast as hell. Well, then we have good news for you: We’re presenting you here a real Hot Rod, one that was built by hand with so much more love and passion than any plastic car will ever have. A car with a soul, a car that’s not here to make its impression by just sitting in a parking lot shining and looking good, a car that was designed to be raced and to show everybody else that it’s the fastest Hot Rod on the block.

The Modified is built from a 1928 Ford cowl and grille, and that’s about it with original parts that were used on this thing. The frame, gas tank and pretty much everything else were custom made by Brenner Workmanship. The wooden seats were stolen from Brenner’s old classroom, every kid that’s grown up in Switzerland has probably sit on chairs like this. 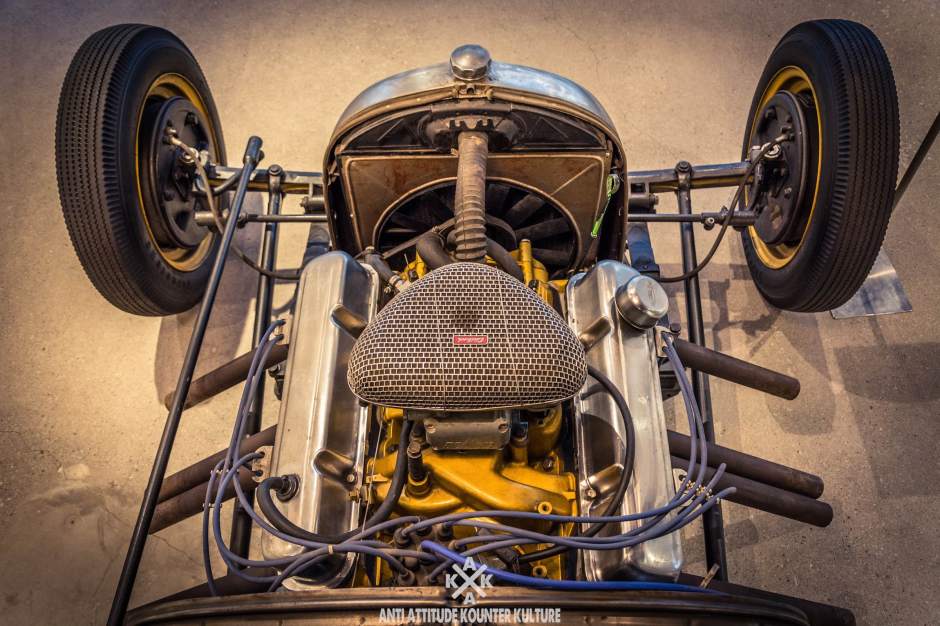 If you wanna go see this savage beast, it’s still on display at Messner Optik in Basel. It was part of the Classic Art Show – where I got the chance to exhibit some of my photography work alongside this great Hot Rod and a badass Cafe Racer about which you’ll be hearing soon I hope – and will be still there for some time to confuse the people entering the shop that just want to buy some new glasses and then get confronted with this wild thing. 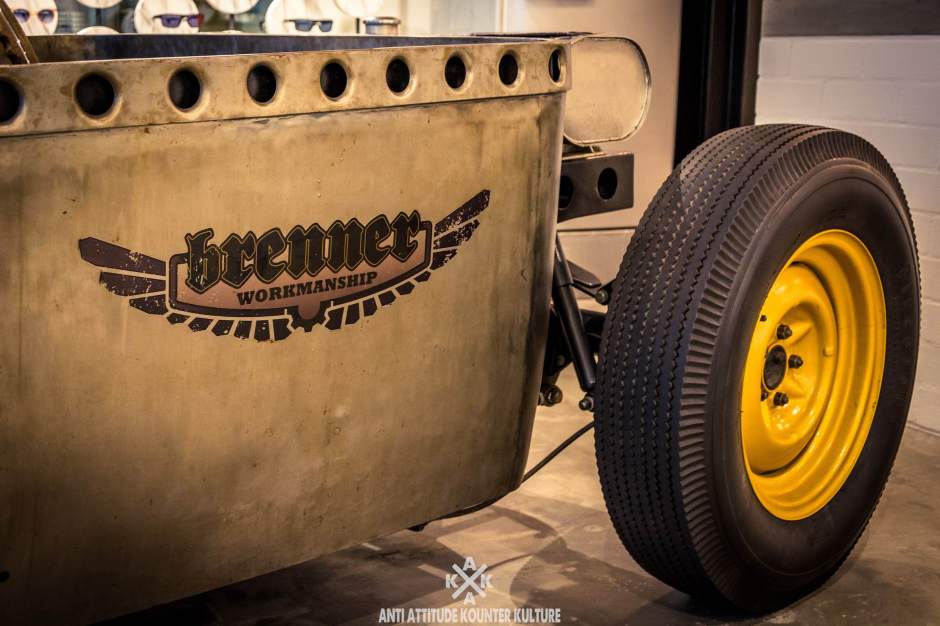