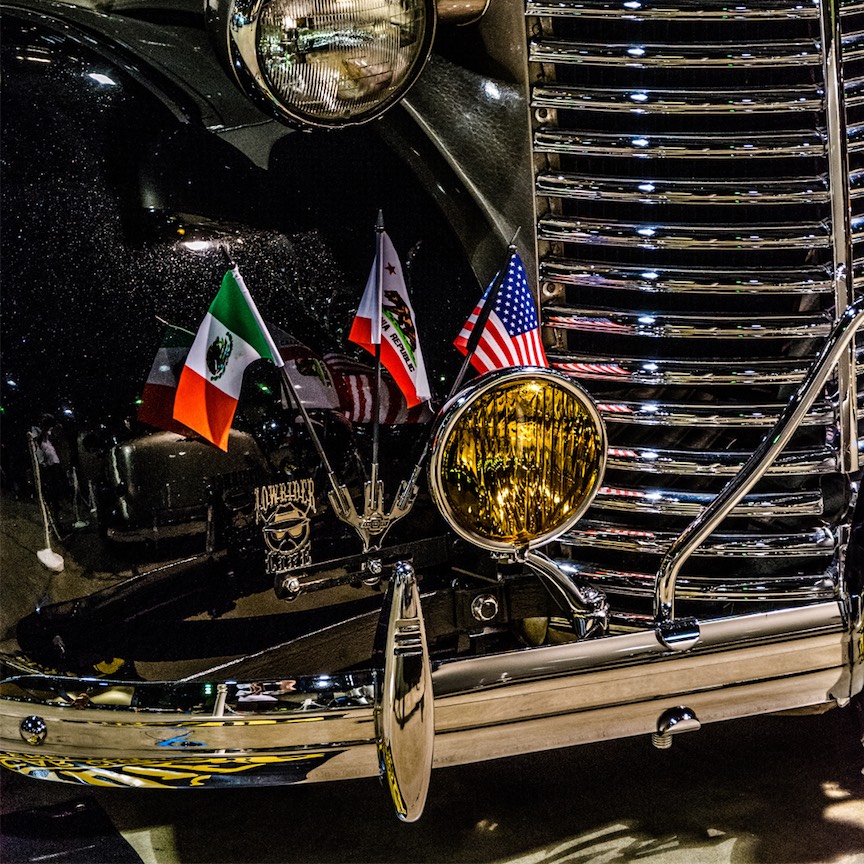 Bombs? Did you say BOMBS? Well, there’s one place if you’re into them: The Los Angeles Classic Car Show at the Long Beach Convention Center.

When we visited California back in June 2017 we had the full Lowrider experience: Literally one amazing thing led us to the next even better thing. We started by going to Greenspan’s Clothing Store for some shopping, there some nice fellas told us that we absolutely had to go to the Whittier Blvd. Cruise Night that was just a few days away. Oh man, we were blown away by what we’ve seen there but it got even better: Once we were there on the sidewalk talking to some of the lowrider guys they told us about the Elysian Park BBQ that was to be held the next morning.

We got up early, rode over to Elysian Park and saw some of the most beautiful Lowriders we’ve ever seen. But hey, where were the Bombs? Nowhere to be seen. So again after doing some talking and asking around somebody told us about the Los Angeles Classic Car Show down in Long Beach, that’s the place all the Bombs would be for the day. So what did we do? We hopped back into our car and headed back south to Long Beach and got to see the most amazing Bomb Show that the world has ever seen. 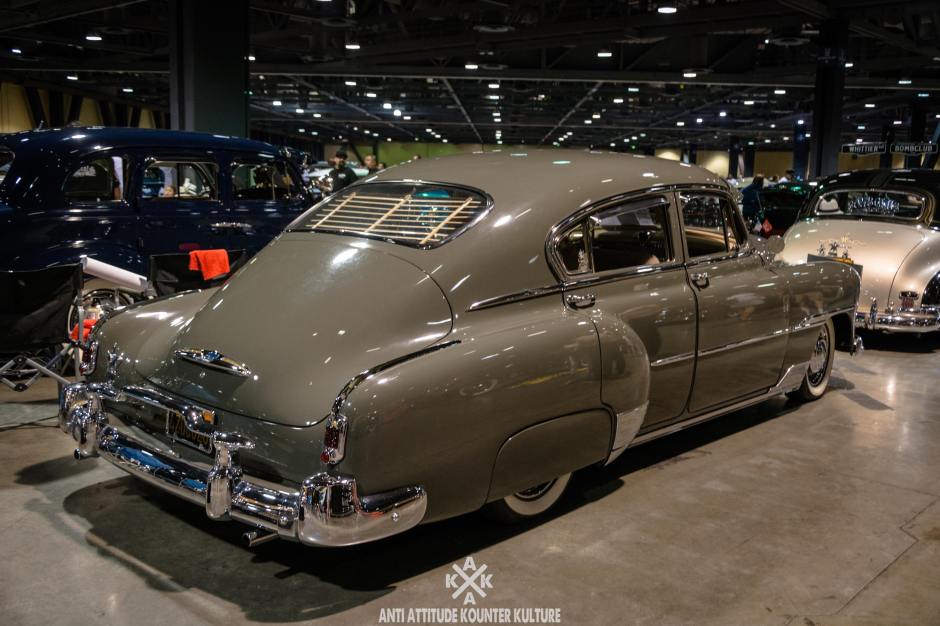 The 2nd annual Los Angeles Classic Car Show is an indoor event at the Long Beach Concention Center that features only 1959 and older Lowriders and Bombs. Blown away would be the least to say. Owning a 1950 Chevy myself I was so overwhelmed with inspiration what could be done to those cars. I’ve never seen so many wire wheels in one place, combined with badass paintjobs, hopped-up and great looking six cylinder engines, hydraulics and a shit ton of lowrider clubs gathering from all over the country, hell even from Japan. 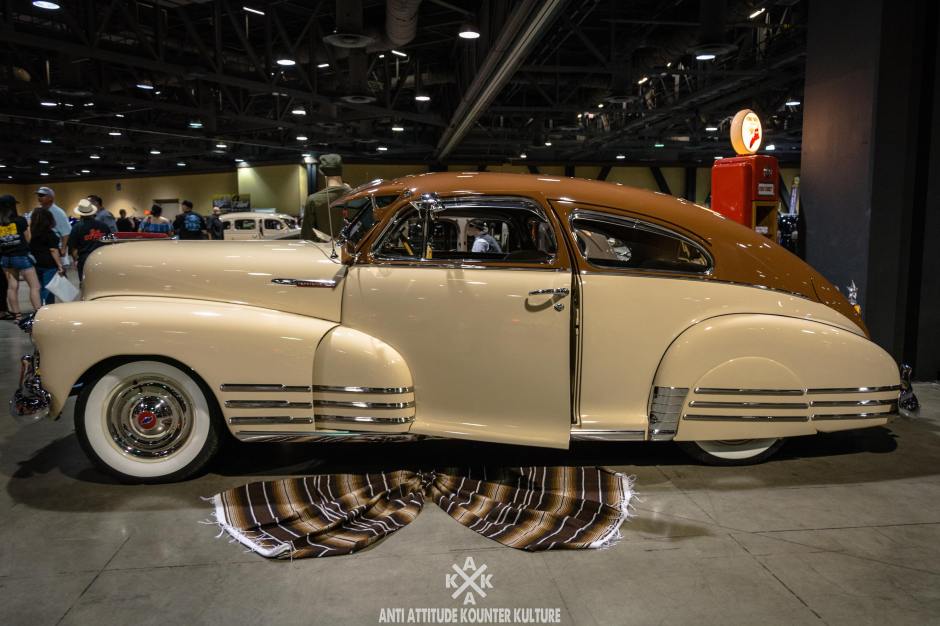 If you like Bombs, this is the place. Nothing more, nothing less. If you love Bombs, you will never want to go home again, because this is just heaven. All kinds, all colors, everything. You wanna go shopping accessories, clothes and whatnot, it’s all there. And it’s the real deal, showing that the whole Lowrider culture is really a family affair. Sure it’s about posing and being cool as well, but even more it’s about having a good time surrounding yourself with the people that you love and that you share a passion with. 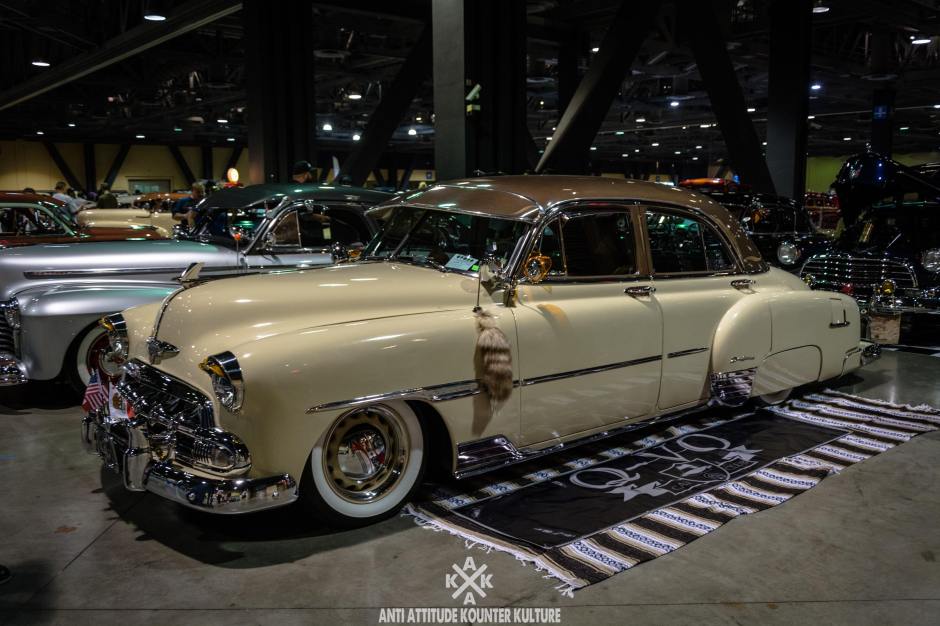 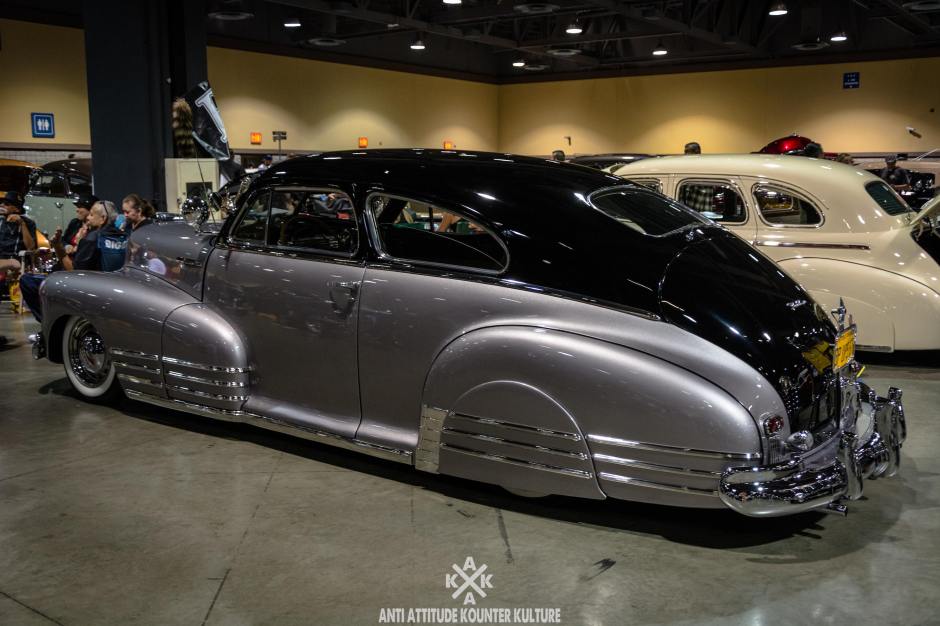